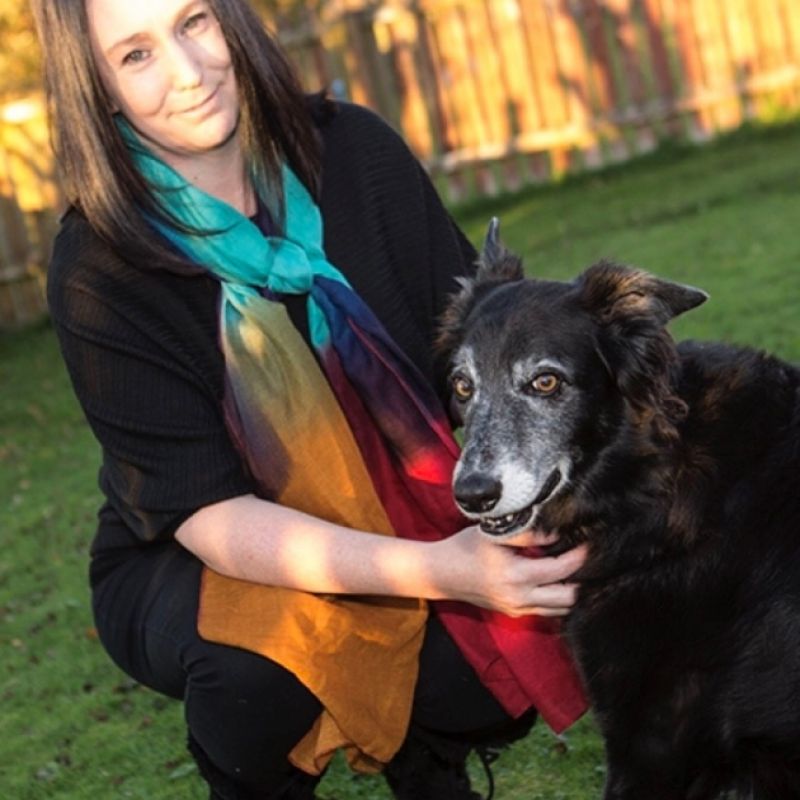 Lee has been a supporter of the charity since the early days and dogs are, quite literally, her passion. Lee’s oldest dog, Isla, came from the centre in 2009 and went on to feature in the charity’s calendar as well as being cover girl for the rehoming folders.

Lee’s background is in journalism, communications and PR and she has more than 20 years’ experience in the field, including writing articles for DGCRC (which also made it into Dog World). She currently works in communications for a local housing group.

Lee has lived in Dumfries and Galloway for most of her life and she enjoys spending time with her family and her dogs (Isla, a collie cross, who came from the centre; Brody, a rescue beagle and Olly, her young whippet).

In her spare time Lee runs Lost Dogs Dumfries and Galloway and has been helping reunite missing dogs for five years (through support, co-ordination and providing equipment, such as humane traps, remote cameras and thermal imaging).

Lee has also delivered training to various groups across D&G, including at DGCRC. The group also fundraises and co-ordinates dog food parcels for those struggling to feed their pets in D&G as well as putting together bags of food, toys and treats for dogs at Christmas.