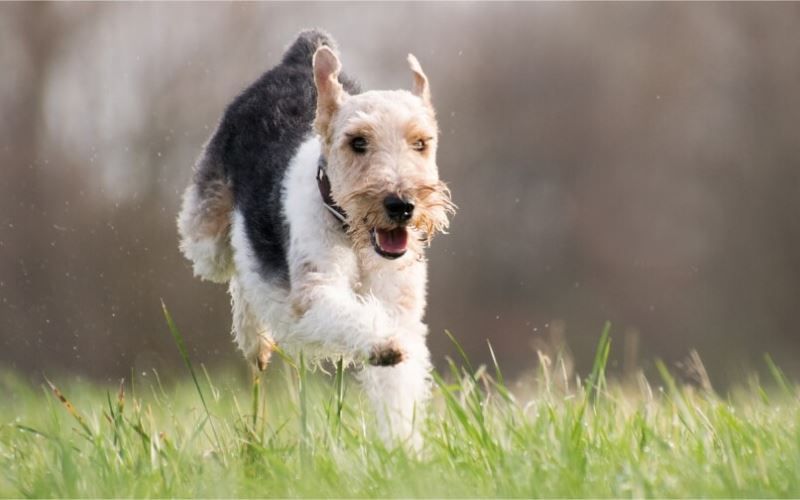 To be able to safely run your dog off lead, it is essential to teach him a good, reliable recall. Without a good recall your dog will be reduced to living his life on lead. He will be denied play with other dogs, the mental stimulation of exploring new places and the joy of free running and swimming.

Many owners make the mistake of inadequately rewarding their dog when it comes, or worse still, punishing it because it didn't come quickly enough! Another common reason for poor recall is where the owner has been so nervous and unsure of his dog's recall, the lead is put back on as soon as the dog returns first time. What has that dog learned? Come to me and I will end your fun.

If however you have already taught your dog that it's good to follow you, on and off lead, it will be easier to teach him a reliable recall as he already knows that being with you is fun. Practise calling him back to you in the house and the garden, always remembering to reward him with treats, toys and touch. Look for safe public places, such as parks and fields away from roads. When out and about reward him whenever he moves towards you or even looks at you. By encouraging him to check on you, e.g. by looking back to make sure you're where he left you, you are reinforcing the notion that being with you is safe and rewarding. You can practise recalls alone or with two or more people in a sort of Pinball recall, i.e. he runs between the people, each one rewarding him when he reaches them.  Remember timing is the key—only call him when you are in a position to ensure he does come (otherwise he learns he has a choice - not a good idea!) and do not try calling him when he is obviously engrossed deeply in something far more exciting such as a smell or another dog. Wait until the second he looks at you to check on your whereabouts and then call him using a high-pitched and excited tone of voice.

Remember timing is the key—only call him when you are in a position to ensure he does come (otherwise he learns he has a choice - not a good idea!) and do not try calling him when he is obviously engrossed deeply in something far more exciting such as a smell or another dog. Wait until the second he looks at you to check on your whereabouts and then call him using a high-pitched and excited tone of voice.

If you have problems getting him to come back to you, try using a long-line. Whilst an extending lead, such as the Flexi-lead, allows your dog a little more freedom it is not enough to let him move any great distance away from you, as he might do when he's off lead. However, a long-line does give him more of a sense of freedom.

The line is simply a length of strong rope, about 20-30 feet in length which you attach a harness, as you would a lead. You can buy these long-lines or you can make one yourself. Just ensure that the line is securely attached to the harness so that the dog cannot get loose. It is much safer to attach the line to a harness rather than a collar. There should always be a light tension on the line in order to minimize the chances of the dog running to the end and either pulling you off your feet or risking whiplash injury to him or you. Having a constant, light tension applied around his body is much safer and more comfortable than having it on his neck and throat area. Never attach a long-line to a head collar as this risk and type of injury is much greater. Once you have attached your line you can practise recalling him as before, but in the sure knowledge that he cannot run away or get into  mischief.

Another useful recall training tool is a whistle. For example, teaching a whistle recall is a great method if your dog has already learned to ignore you calls of "come!". This method allows your dog to learn a brand new exercises rather than trying to correct an old one. Many rescue dogs may already have learned their name as a negative word meaning many different things.

A plastic whistle is more reliable, and louder, than whistling yourself. It has a constant tone which means that whoever is walking the dog, the sound of the whistle is the same.

Don't choose a 'silent' whistle as you will not be able to hear how hard you are blowing it, or even if the dog can hear it, e.g. in windy conditions if the whistle becomes blocked and is not making sound at all.

Imagine how unfair it would be to scold your dog for ignoring the whistle when it wasn't even working! My preference is for an Acme plastic whistle, 211 1/2 pitch. (The lower the number on the back of the whistle, the higher the pitch.) These whistles are cheap to buy (around £4), are loud and don't rust.

REMEMBER to continue using the whistle at meal time during every step to continue reinforcing his behaviour. Only stop when he is really reliable.

Your dog should already know the command for sit. You can now introduce one long pip on the whistle followed by his usual sit command. As a general rule, when adding a new command always try to place it before a command/cue that Fido already knows.

In general, one long blast is usually best for an emergency command as it combines urgency with a direct command.